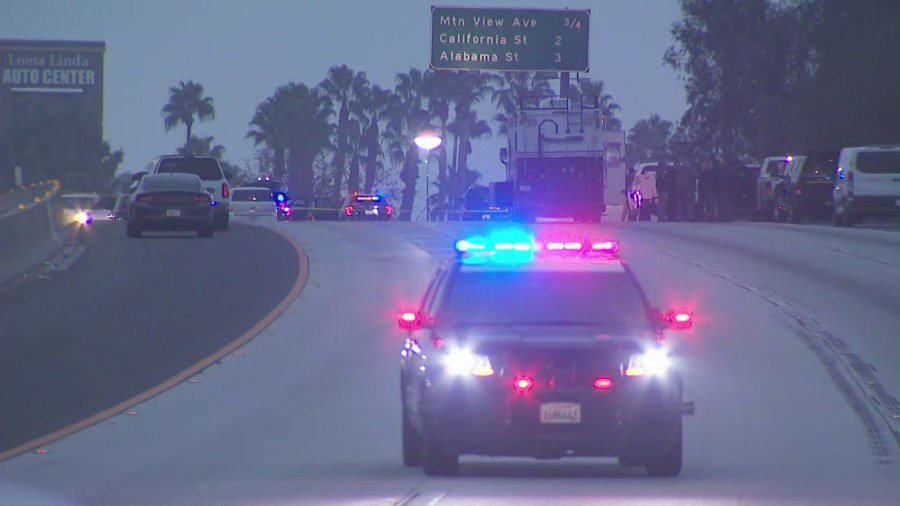 Fontana police shot and killed a person who opened hearth at them on the 10 Freeway within the Loma Linda space throughout an tried legislation enforcement cease, officers stated Saturday morning.

The incident occurred round 11:30 p.m. Friday on the eastbound lanes close to the Tippecanoe Avenue off-ramp.

In keeping with the California Freeway Patrol, Fontana police discovered a wished man within the Colton space and tried to conduct a visitors cease, however he didn’t yield, prompting a pursuit.

Officers didn’t present any details about what the individual was suspected of.

“They traversed onto the 215 freeway at Mount Vernon, with street closure indicators that have been knocked over by that suspect automobile,” CHP Officer Ramon Duran stated.

The person exited his automobile on the eastbound 10 Freeway and began taking pictures on the officers, who then fired again, Duran stated.

Video from the scene reveals a white sheet over what seemed to be a physique on the bottom. Not one of the officers concerned suffered any accidents, authorities stated.

Simply earlier than midnight, Caltrans announced shutting down each instructions of the 10 Freeway west of Tippecanoe Avenue as a result of police exercise. In a 7:50 a.m. tweet Saturday, the company stated the eastbound lanes within the Loma Linda and Redlands space will stay closed for 4 extra hours and urged motorists to make use of the 60 or 210 Freeway to keep away from delays.

Authorities supplied no additional details about the taking pictures or the person who died, together with his id.